The 2020 Our creative Cardiff initiative – as a process and as a collection of works - was always going to be shaped by the contributors’ varied lived experiences of the COVID-19 pandemic. This was after all the exceptional context within which the project emerged.

the intensity of our lockdown situations. Staring at those same four walls was taking its toll (we were then in week 11), and for many in the group paid opportunities for creativity had all but dried up. Our references to lockdown and its forced absences were characterised by a kind of shared heartache.

Despite that, you could feel keenly the compulsion to create. Our creative Cardiff was an invitation to stir, to reconnect, to challenge, to share and to accomplish. There was a recognition of the healing properties and potentials of creativity. It was striking when one participant noted that taking part in this project would be a 'lifeline', and when another referred to it as an opportunity for 'catharsis'. All at this meeting expressed a desire to experience connection through the initiative - a hope it would seed a strong sense of togetherness and care - and these are of course themes that have seeped into much of the work created as a result.

By the time we met again a month later much had moved on.

The lockdown was starting to ease, but there was a creeping realisation, to quote one of the creatives, that 'everything had changed' as a result of the pandemic. We had found ourselves in a deeply destabilising and difficult to anticipate 'new normal'. As people began to reflect on their process of creation for this project, it became apparent that lockdown really had impacted everything, although not always in negative ways.

For some contributors making a piece centring the city and its creative community meant they were able to step back and see it anew. In the context this was 'strange' and challenging for many reasons, not least due to the ongoing closure of the everyday backdrops to peoples’ practice such as art centres, and the difficulty in accessing suppliers such as textile manufacturers. These were hurdles that had to be overcome, but that was in itself 'no bad thing', encouraging play and rediscovery. This process of rediscovery was for some contributors surprisingly emotional and even overwhelming. Places and spaces took on new meanings for people during lockdown, and we see these themes explored in a number of the pieces; what could be done with and in them, and how they connected – often digitally – with the places and spaces occupied by others was itself a source of inspiration.

The circumstances of 2020 have created a climate where talk of being 'agile', 'resilient' and ready to 'pivot' have found favour.

But these take their toll, and are in many ways emotionally, physically and creatively depleting. As noted above many shared spaces of creativity remain inaccessible, and collaborative work via digital means is likely to remain a prominent feature of the landscape, but some of the creatives reflected that embarking on creative work via online meetings could be exhausting. Creativity is hard work at the best of times, but this seemed to be particularly true of working during the pandemic. Some reflected that their process had been 'too much in their head', while for others, the physical work of creativity had led to tired eyes and sore backs.

One of the contributors talked about a sense of 'creative fatigue' which seemed to resonate with others; a feeling that peoples' batteries had been quite flattened by the experience of lockdown. It was telling that many had reached out across the group and to the team outside of the opportunities afforded by the project’s framework, to ask for input or support. That work of connection was an important part of the process, and the warmth of each person’s interest in the others was palpable.

What is perhaps most striking about the group and the outputs produced is the range of perspectives, practices and art forms they represent. This speaks to the great diversity of Cardiff’s creative scene, as well as its rich cultural heritage and linguistic resources. For some of the contributors that diversity was itself an important focus of the story they wished to tell; a drive to communicate hidden stories and heritages, to give them voice and bring them to life. Although we present these projects here on a digital wall many of the outputs have a tangible reality and will be expanded and animated in other contexts also in time; the Butetown Carnival for example.

The 2020 Our creative Cardiff storywall provides a spirited insight into Cardiff’s creative community. The process

– and the outputs – have given space to shadows, absences and grief, but also light, hope and healing. It has demonstrated compellingly that this community – and as a part of that the Creative Cardiff team – is able to nurture, connect and energise. It is able to make things happen, sometimes in defiance of the odds.

Check out the full Our creative Cardiff storywall here. 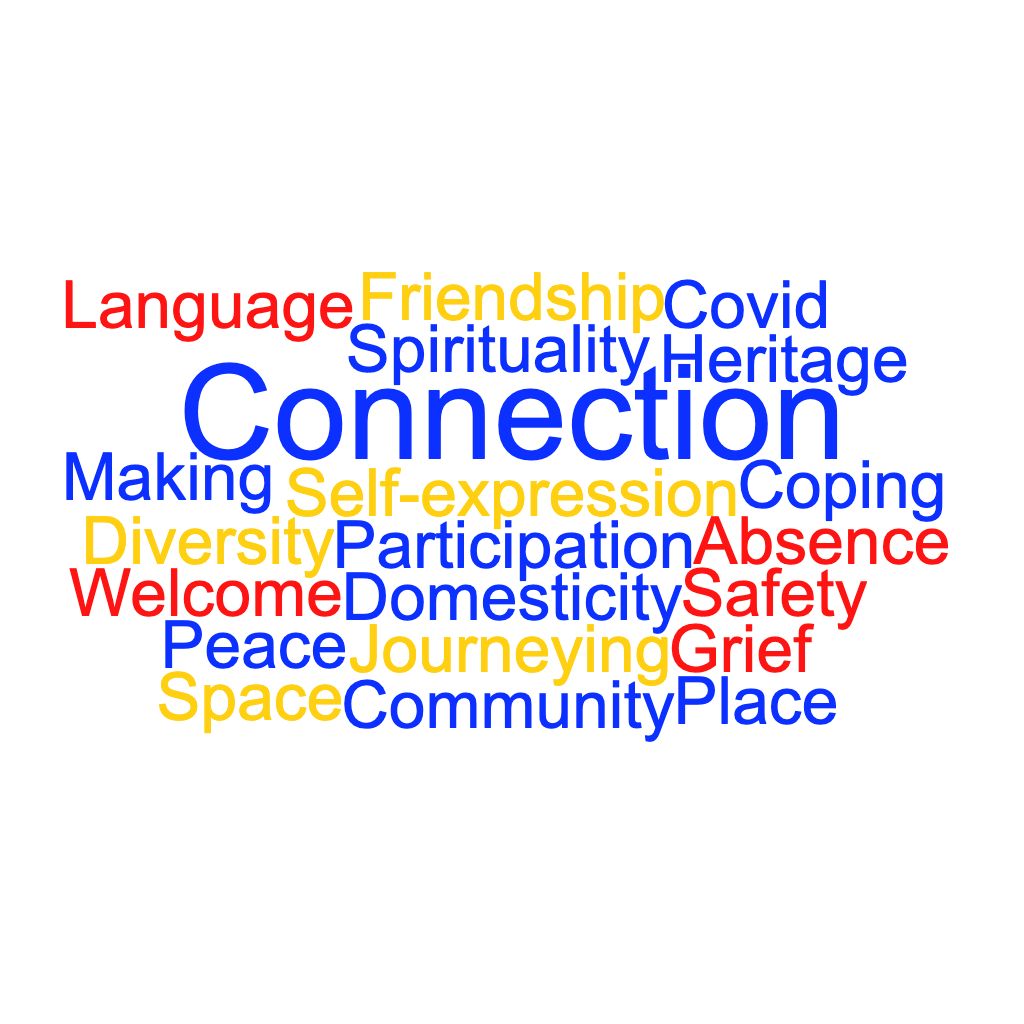