Gentle/Radical, a grassroots cultural organisation and platform who work around art and social change, have opened a part-time coworking space in the heart of Riverside.

This new venture will create a safe and accessible coworking environment as well as deliver a community-led programme of cultural events and activity for the people of Riverside.

They have reached 89% of their crowdfunding target on just giving, only £909 short of hitting their £8,500 target, that they must reach in the next five days. The money raised will go towards further refurbishing the new spaces, including buying furniture and printing equipment.

It will also help develop the start of their community-led cultural programme for the residents of Riverside and build an outreach team to support local neighbourhoods. You can contribute to their appeal here. 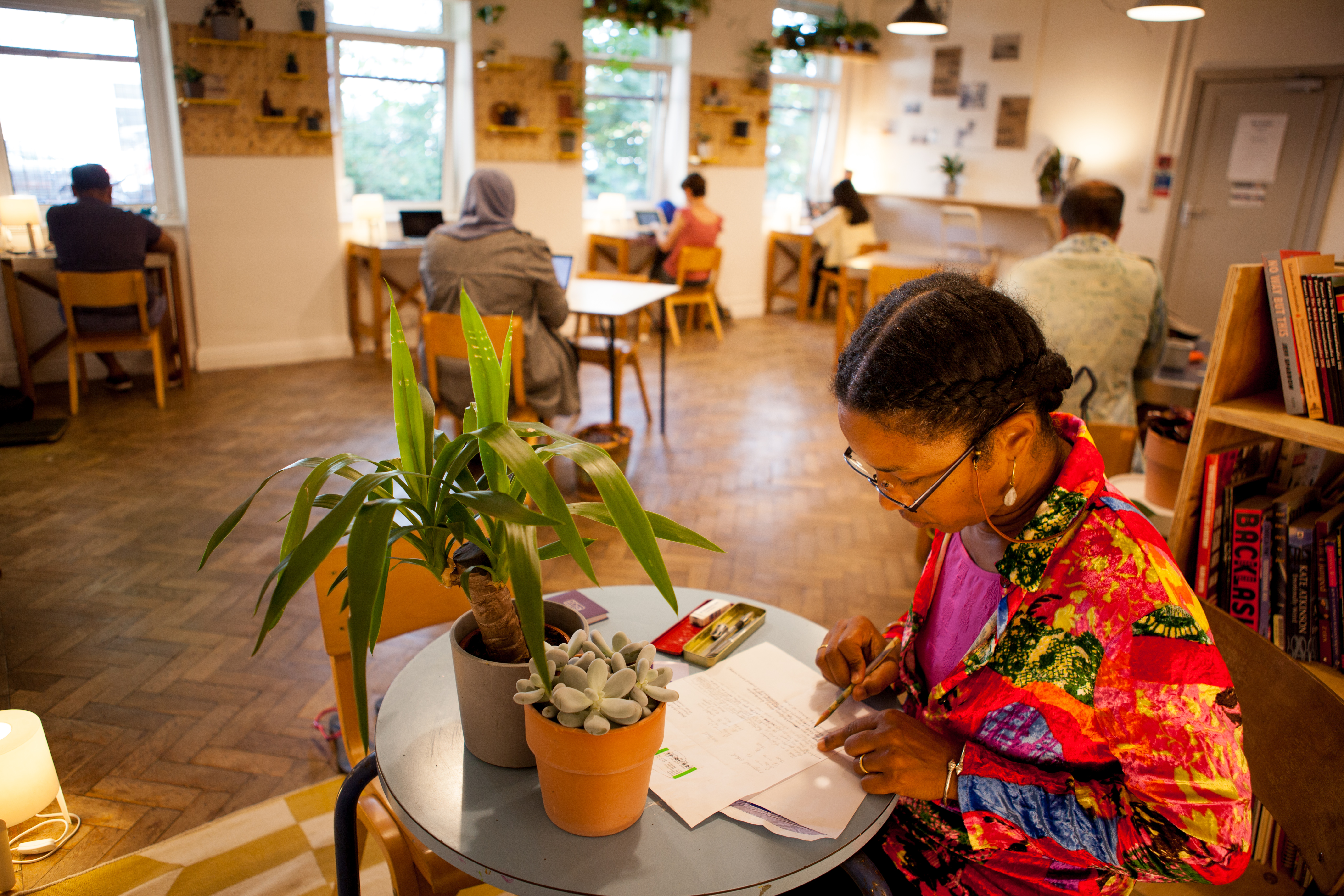 The Wyndham Street Centre has been completely transformed during the past few months at the hands of Gentle/Radical, in partnership with South Riverside Community Development Centre, who are responsible for running the centre since the early 2000’s.

Gentle/Radical’s ethos is deeply rooted in the democratisation of culture and cultural spaces, ensuring access to cultural provision for those who feel it is out of their reach.

Rabab Ghazoul, founder and director of Gentle/Radical, said: "While this is a vibrant, multi-cultural community at the heart of the city, unfortunately Riverside remains one of the most culturally under-resourced neighbourhoods in Cardiff. We have no spaces to gather, no cultural spaces in which to meet, and that doesn’t seem fair, when so much investment has been made into cultural spaces, venues and platforms in other parts of the city. We believe strongly that access to culture for all is a vital part of a neighbourhoods health, wellbeing and capacity to flourish. And of course, not everyone feels that existing mainstream cultural spaces in other parts of the city – are always welcoming or feel like they’re for them.

"At a time when creative spaces are sparse and there is less funding for community-led projects in particular within the arts, collaborations like this with South Riverside Community Development Centre are important, as both their remit, and ours, is to support culture, community and activity at the grassroots.” 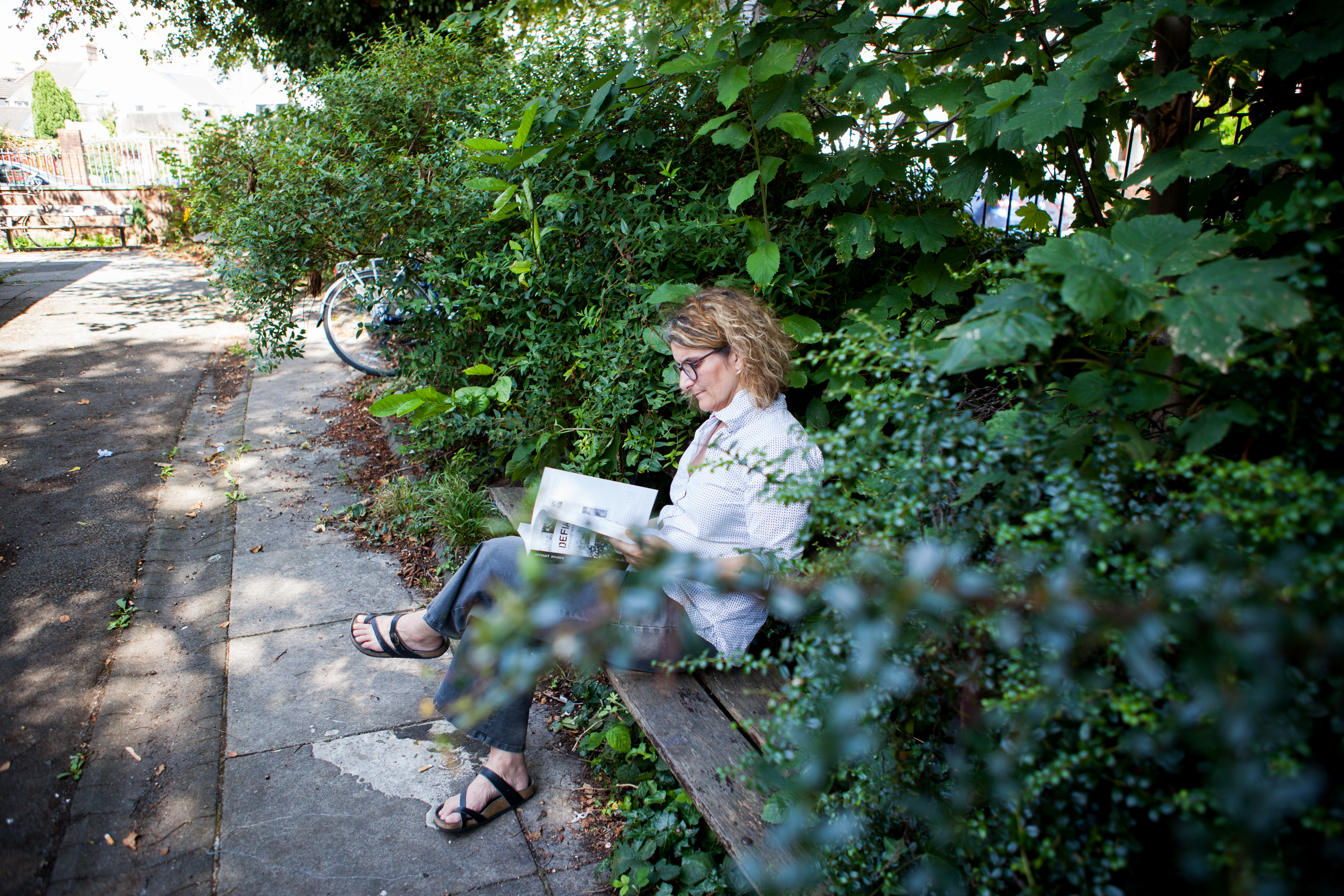 Rabab, who has been a Riverside resident for the past 22 years, explained their choice of location. She said: “We have always felt the Wyndham Street Centre is a vital part of the neighbourhood; it’s used by different parts of the community for different reasons – from ESOL (English for Speakers of Other Languages) classes, through to baby showers or meetings of local groups. What we want to introduce is a programme of activities that brings local communities together much more, and that makes a clear cultural offer to people who are resident in the neighbourhood and often feel there is not much to do in the area.”

It feels like a natural step for Gentle/Radical to find a home at Wyndham Street Centre as they’re familiar with the space having used it, and similar spaces, in Riverside for many years. From hosting grassroots screenings for pensioners and BAME women, through to their Imagination Forums, or youth projects, they bring a lot of experience of working inter-generationally across all sections of the community.

Gentle/Radical believe engagement in culture at a community level can contribute to helping combat the problems we face in society today. Community is at the very core of their project at the Wyndham Street Centre.

Rabab said: “Riverside is an incredibly rich, diverse neighbourhood, with rich cultural and faith heritages, so how do we bring all those people together? Now, more than ever, it’s so important that communities talk to each other. Our cultural programme, alongside the part-time coworking space, is aimed at building community resilience and integration through offering spaces for work, collaboration, as well as leisure and recreation – through food and film nights, multicultural breakfast groups, local printmaking projects, a community newspaper, and so much more.”

Gentle/Radical has been working with artists and collaborators to host specific projects, to include artists Sadia Pineeda Hameed and Beau Beakhouse (of Lumin Journal) who will be conducting their Literature Wales print-based and writing project at the Wyndham Street space which will include community-focused sessions on creative writing and printing, involving local residents.

Riverside has never had a library so Gentle/Radical have also started to build a library at the centre, with generous donations of books from across Cardiff. The library already boasts books, texts, pamphlets and magazines that reflect writers, philosophers and radical thinkers that have informed so much of Gentle/Radical’s own thinking.

The latest additions to the #Riverside library, to include #Cardiff’s own late great Tiger Bay historian #NeilSinclair...Also pamphlets on how to have meetings that change the world from the formidable #PatGregory Here all day if anyone has books to drop off #AlMishaal pic.twitter.com/TRlvrNKqUN

Rabab said: "We wanted to create a library that would speak to the community, a libray that addresses so many of the issues they are facing and have faced as diverse communities. So it contains books that address issues of race, class, gender, migration, colonialism, gentrification, there are books on art and culture, history, architecture, or gardening. In putting the library together, we asked ourselves -  ‘What would a grassroots community reading group look like – what would a reading group for that street look like?’ – and tried to build a library that could support that."

The Wyndham Street Centre will function as a coworking space on Monday and Tuesdays and Friday afternoons. Rabab said: “This space is ideal for those who may not be able to afford a desk space five days a week, but enjoy being a part of a coworking community one or two afternoons a week, as is often the case in the arts.”

Separated by glass doors, the space is made up of two rooms: one will be a lively coworking space where people can chat and have meetings and the other will have dual-functionality as both a workshop area and a quiet work area.

The Wyndham Street Centre new coworking space will officially open in September. Throughout August there is an open-door policy to trial the space with the view to signing up from September.

Find out more about the new space here.