The shortlist for the Welsh Music Prize 2020 has been announced, recognising the best in creativity and new music in and from Wales. Marking its 10th year, the award’s shortlist has increased to 15 albums, showcasing the growing Welsh music scene.

Last year’s winner was the Welsh-language post-punk trio Adwaith with their album Melyn. Other previous winners include Boy Azooga (2018) for their debut album ‘1,2,Kung Fu’, and Gwenno (2015) for her debut solo album ‘Y Dydd Olaf’ (The Last Day), who have both gone on to tour globally since.

The Welsh Music Prize was co-founded in 2011 by BBC Presenter Huw Stephens and music consultant John Rostron, with the winning album selected by a panel of music industry expert judges, which is refreshed yearly.

Huw Stephens said: "It’s 10 years since the Welsh music prize was launched. We’ve celebrated so many fantastic albums and seen 9 very worthy winners so far. The Welsh artists who continue to create wonderful music deserve recognition, and the Welsh Music Prize is proud to be able to do that every year, shining a spotlight on these brilliant albums.

It’s very much about discovery too, we hope music fans will discover new music from Wales that they love.

With touring on hold for most artists, this year it feels more important than ever for the Welsh Music Prize to support album sales and streaming.

John Rostron said: "The entire live music sector has been decimated this year, and for artists that means their opportunity to perform live, earn income and grow their fanbase has been halted. But Covid-19 hasn’t quashed our appetite for listening to and discovering new music.

Streaming and buying new records has been a lifeline for performers to reach audiences, and for us all to stay in good health with a daily dose of great new songs.

The Welsh Music Prize 2020 finalists are: 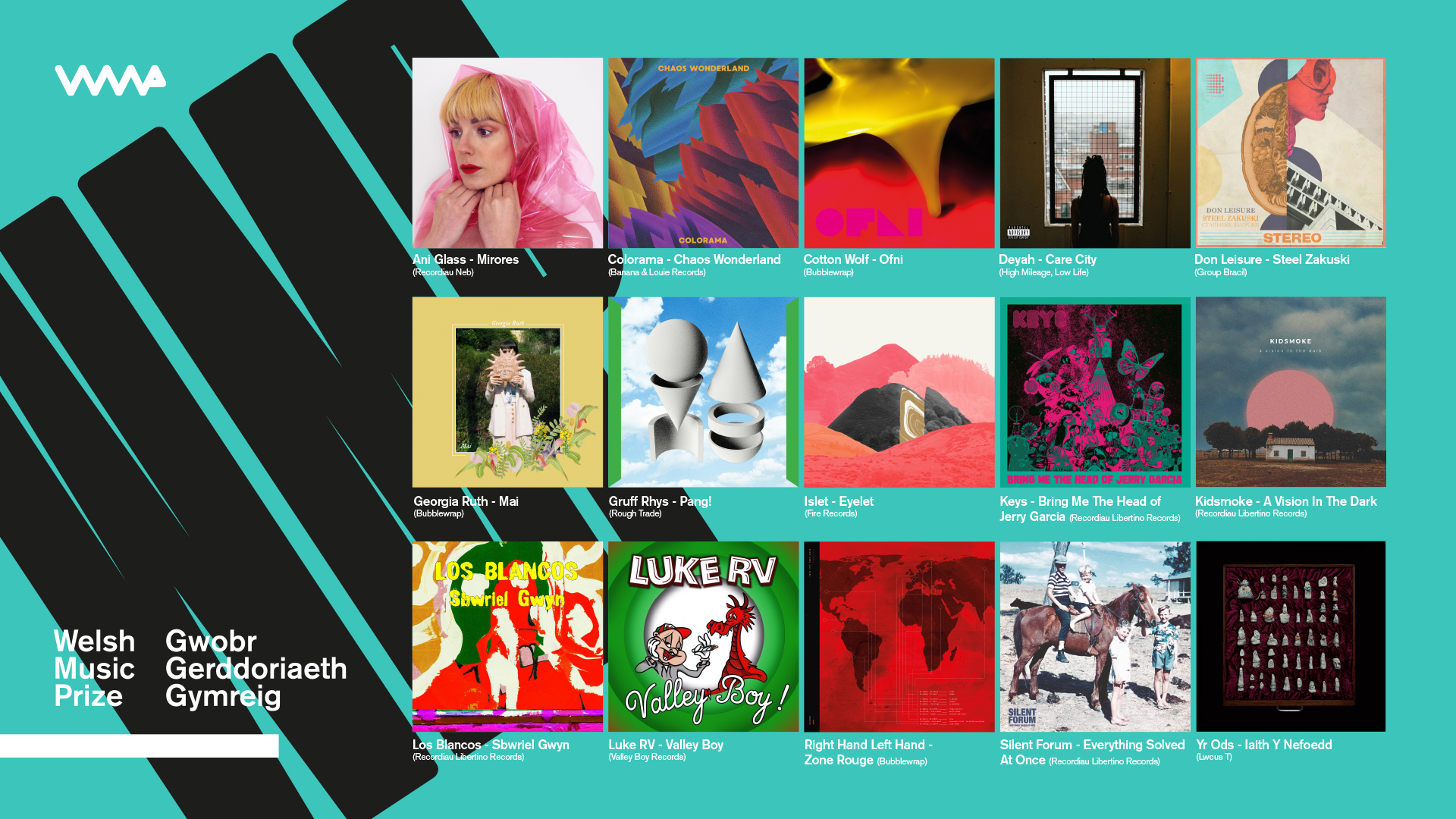 Ani Glass is the persona of Cardiff-based electronic pop musician, producer and artist, Ani Saunders. Singing in her native languages of Welsh and Cornish as well as English, Mirores is Ani’s self-produced debut album which was awarded Welsh Language Album of the Year at the 2020 National Eisteddfod.

Chaos Wonderland is the seventh full-length album from Colorama, who deliver timeless, classic, expansive pop. The album reflects on the beauty and the chaos of the world that frontman Carwyn Ellis observed while touring with the Pretenders. When the world stood still in 2020, Carwyn and producer Shawn Lee regrouped to complete Chaos Wonderland which they began recording in early 2018.

Previously known as NoNameDisciple and a 2019 Welsh Music Prize nominee, Care City is the first release by Deyah on her own label, High Mileage, Low Life. A smooth hybrid of spoken word, rap and soul, Deyah covers topics from isolation to addiction and healing in this powerful self-produced second EP.

Beatmaker and instrumentalist Don Leisure is a familiar name in the world of beat driven, post-hip hop, electronic based music. Steel Zakuski is a delicate collage of musical moments and samples from a discovered series of rock, pop, rare groove and disco records from the U.S.S.R, predominately recorded in the late 70s and early 80s.

Everything about this previous Welsh Music Prize winner’s latest album Mai is magical. From the location it was recorded in Aberystwyth’s iconic Joseph Parry Hall, to the themes of new motherhood and the search for virtual, this album is quintessentially Georgia Ruth.

Gruff Rhys is back with his sixth album Pang!, 14 years after his first solo album. Recorded over 18 months, Pang! features musicians from across the globe, with Gruff’s Welsh language lyrics, bass from South African electronic artist Muzi and drums by Welsh-American Kliph Scurlock.

Eyelet is the third album from free-spirited trio Islet, recorded at home in the rural hills of Powys. With themes of death and rebirth presented in pysch pop, Eyelet is a glimpse into the colourful world of Islet.

Since first releasing music in 2002, Keys have become a mythical force on the Welsh music scene. Bring Me The Head of Jerry Garcia is the first release from the Cardiff band in five years, and is a perfect blend of psychedelic garage goodness.

A Vision In The Dark by Kidsmoke (Recordiau Libertino Records)

A Vision In The Dark is the debut album of Wrexham’s shimmering indie-pop quartet, Kidsmoke, encapsulating the feeling of summer, but with a new and distinctive twist. Having already been featured on Netflix hit series ‘Black Mirror’, this first album release has been highly anticipated.

Los Blancos’ much talked about debut album is a proudly Welsh album that conveys the band’s recent experiences from heartache, rural isolation, friendship and alcohol to a love song to a dog. Sbwriel Gwyn is Welsh for ‘white trash’ which is how the band affectionately refer to one another.

Luke RV is an up and coming alternative hip hop artist, singer and songwriter from Neath Port Talbot. Luke’s music is about everything from mental health to drug use. He burst onto the local underground scene in Cardiff with his debut single ‘Lost’ in 2018 which has amassed over 14,000 views on YouTube.

Post-rock duo Right Hand Left Hand are back with their third album and a second Welsh Music Prize nomination. ‘Zone Rogue’ tells the story of humanity’s contempt for the earth, air and people, with each of its 11 tracks referring to a location on earth where something bad has happened.

Everything Solved At Once by Silent Forum (Recordiau Libertino Records)

Silent Forum’s long-awaited debut album is a black-comedy concept album about life on the fringes of the Welsh music industry. Front man Richard Wiggins writes with a self-deprecating sense of humour and a sharp eye for catchy one-liners.

The third album from Cardiff five-piece Yr Ods is a multi-medium, Welsh-language concept album created in partnership with Welsh author, Llwyd Owen. Iaith Y Nefoedd means ‘tongue of heaven’ and the album creates a Welsh world inspired by real life cults such as Heaven’s Gate and Jonestown. The band stays true to their pop melodies, but with a darker sound than their previous work.

This year’s 10th Welsh Music Prize winner will be announced on Thursday, 19 November 2020.